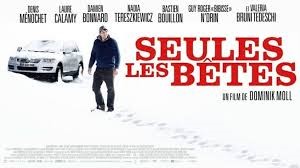 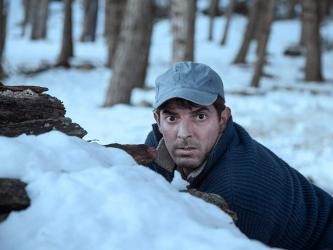 "Only the beasts" is the latest film by French director Dominik Moll (The monk, Harry, a friend who loves you). Following a bit in the wake of his previous cinema, Moll presents us with a disturbing film, half thriller, half drama. His approach to the thriller genre, as he did in “Harry, a friend who loves you”, played by the Spanish actor, Sergi López, is always imbued with great humanity, social criticism and a lot of lucidity towards the defects and miseries of the human being.
Based on the homonymous novel by French writer Colin Niel, the film has been presented at the last Venice International Film Festival in the “Venice Days” section. But, his career through film festivals does not stop there. She has participated in numerous events, such as the Tokyo International Film Festival, where she won the Audience Award and the Best Actress Award.
"Only the beasts" is a choral film, made, primarily, based on silences, on looks, where the rural setting plays a very important leading role. The various characters that will intersect, as a result of a murder committed in a remote place between mountains in France, suffer, sometimes enjoy their inner worlds, full of secrets, which they never bring to light, each living in their own way. own loneliness. In this sense, the film hides or suggests more than it clearly shows. Almost all the characters hide something and this makes them mute, deceive and suffer, in equal parts. In addition, the stories intertwine and confront each other from the depths of the French terroir, to a distant country in black Africa, the Ivory Coast. In both, the protagonists are almost assimilated to beasts (remembering the title of the film), struggling to survive and giving free rein to their deepest and most primal instincts.
The story unfolds around the disappearance of a woman, Evelyne Ducat, a bourgeois who hides a great vital secret. Through the police investigation, the lives of several characters, directly or indirectly related to her, are unraveled. The farmer hungry for sex and affection, lost in the deceptions of social networks, his frustrated wife, the lonely man upset by past traumas, the young woman in love, the unfaithful husband, the African who sells herself to survive, the young scammer ... All played by highly reliable actors such as Damien Bonnard (Les Miserables; Dunkirk), Valeria Bruni Tedeschi (Crazy with Joy; Human Capital), Nadia Tereszkiewicz (Sauvages; Person), Laure Calamy (Going for Us!) o Denis Menochet (memorable in his role as Shared Custody).
If someone is looking for a simple, standard, topical thriller in this movie, they better not go see it. The thriller is an excuse to tell us something else, through a slow-paced script (perhaps at some point, it has a small drop in interest), with excellent photography of the frozen French landscapes where the action takes place and music that provides the counterpoint correct to the scenes. We are facing a sad and moving story of human miseries, of loneliness, which are never found. Almost the least of it is the murder itself, although the intrigue remains well throughout the film. But what stands out is the narration of the lives of these characters, in search of happiness, which they will try to find, or not, each one with better or worse luck.