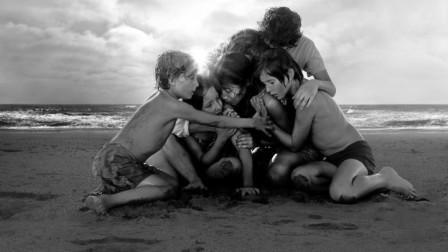 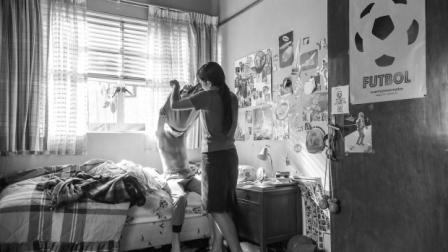 The film tells the story of an upper-middle class family living in the Roma neighborhood of Mexico City, in the early 1970s (between September 3, 1970 and June 28, 1971, to be exact). ). The family is made up of Sofía, the mother, who lives with her husband Antonio, her four young children and Sofía's mother, Teresa. Two maids, Cleo and Adela, live in a small room that overlooks the patio of the house. Both maids are of indigenous origin, Oaxacan, and speak both Spanish and their mother tongue, Mixteco. The camera observes the life of the family, cleaning the house, cooking, the children's way to school, bedtime and waking up, through Cleo's eyes. While all this is happening, it seems clear that Sofia and Antonio's marriage has entered a crisis.
Director Cuarón drew on his own childhood memories and the memories of Liboria "Libo" Rodríguez, the domestic worker who helped raise him and to whom he dedicated the film.
The symbology of the film is as rich as it is difficult to interpret, since it implies multiple readings, among them, the absence of a father figure, gender discrimination, the resilience of the indigenous population, the social division between rich and poor, political violence , cultural colonialism and references to cinema. Therefore, to better organize its analysis, we have chosen to divide it into themes:

Locations
Regarding the filming locations, Cuarón's idea was that of a complete and exhaustive recreation of the interior of his birthplace and the surroundings of Mexico in the '70s. The art director of "Roma" is Eugenio Caballero, winner of an Oscar for Best Art Direction for "Pan's Labyrinth" (Guillermo del Toro, 2006).
The family house was originally located at number 21 Tepeji street, a building built in the 1930s, but since it was so modified, it became impossible to shoot there. Then the production team found a similar house, which was unoccupied, in the Narvarte neighborhood, and there they were able to film comfortably. The exterior scenes, in which we can see the facades, were made on Tepeji street but in the neighboring houses with different numbers. In addition, some buildings that collapsed during the 1985 Mexico earthquake were added through visual effects.
To recreate what the Cuarón family house looked like, Eugenio Caballero followed the director's own memories and some family photographs. For the interiors, 80% of the furniture that the family still had was integrated, and furniture and objects were searched in five states of Mexico and among the production itself.
The garage seen in the film had to be recreated in the style of the time and for this a craftsman placed the mosaics of the patio and the bathroom with the same technique used then.
Given the changes in the appearance of the Mexican capital, the production needed to build a large set to recreate the family's trip to the old Las Américas cinema and the scene in which Sofía takes Cleo to the hospital. In a space north of the Mexican capital, a film set was created that reproduced two and a half blocks of the city, including access to Cine Las Américas, asphalt, sidewalks, furniture, and vehicles from the XNUMXs and XNUMXs. The backgrounds were added with the chroma key technique. The visual effects team did a painstaking reconstruction of the period setting, adding buildings, fluorescent billboards, and even the same background perspective avenues.
The filming of the Corpus Thursday Massacre was carried out with dozens of extras in the exact place where the events occurred, on the Mexico-Tacuba road and Tláloc and Lauro Aguirre streets. For this, a documentary investigation was used that included newspapers of the time and testimonies of survivors. The area was completely closed for two days, after which the production apologized to the population for the inconvenience caused.

Sound Effects and Songs
It was important to Cuarón that some of the sounds he remembered from the Mexico of his childhood in the XNUMXs be faithfully recorded and mixed. For this he hired Sergio Díaz, who included incidental sounds from the soundscape of that time. These sounds included:

In the film, in addition, the following songs were included: