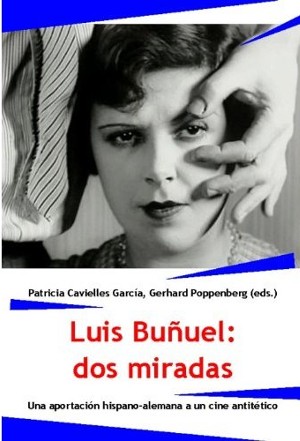 A Spanish-German contribution to an antithetical cinema

The book "Luis Buñuel: two looks" is the result of the intercultural conference "Luis Buñuel: a Spanish-German look", carried out by Spanish, German and Mexican historians and theorists at the University of Heidelberg, as a tribute to the famous director Aragonese filmmaker Luis Buñuel on the 25th anniversary of his death.
The text consists of a prologue and an introduction, both by Patricia Cavielles García, and ten articles that correspond to the results of the research of the theorists participating in these conferences. It is actually a compilation of texts whose common thread is Buñuel and his cinema. In some cases the approach is rather historicist, others developed a more theoretical-oriented analysis. Some chose to draw parallels between his films, others to investigate the relationship he had with other artists or his influence on later filmmakers.