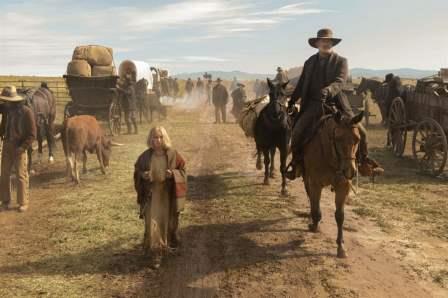 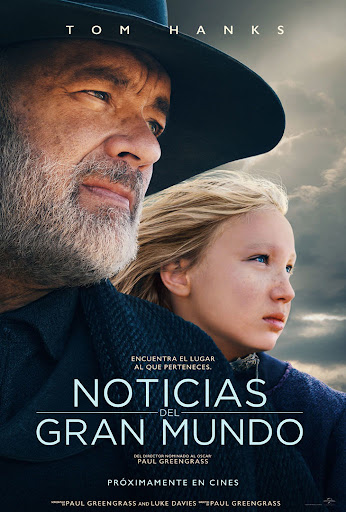 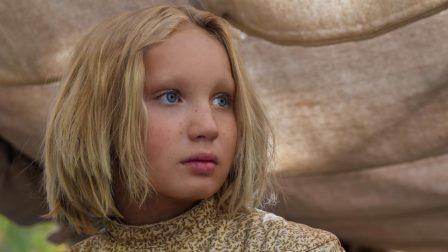 
The Twilight Western Genre portrays the old United States, it is a decadent western that appeared after the spaghetti western, that genre born in Cinecittà that broke some standards of the classic Hollywood genre.
El crepuscular is a melancholic, revisionist and demystifying western, featuring a West in decline and some losing protagonists; tired, nostalgic, critical, disenchanted, dirty, resigned, finished or tormented "heroes". And although its realism is stark, it is not naturalistic as in the spaghetti western; it shows a world and values ​​that are about to disappear.
Captain Kidd, being a soldier from the south, and given the defeat of the Union, dedicates himself to telling the news from different states of the USA with caustic humor. He is a chronicler of the 1870th century, in the aftermath of the civil war, around the XNUMXs.
The captain travels in a carriage with a girl who had been kidnapped by the Kiowa Indians, a young peasant girl of German origin. There the subject of the Captive and her rescue appears, which we had already seen in classic westerns such as "More Heart Than I Hate" (1956), directed by John Ford and starring John Wayne and Natalie Wood. In "More Heart Than I Hate" there are no chroniclers who tell the latest news from the great world with humor and the indigenous people are clearly seen as enemies of the whites. An outdated concept that the twilight western breaks.
As southern civilians and their soldiers make their way north, our chronicler and Johanna descend south, because Captain Kidd wants to go home and reunite with his wife. While most go, they return. But in that return, not only does the captain of the Big World give an account, but also the small world, his own. He is like a hero on his back and forth cycle.
In this sense, it fulfills all the steps of the hero cycle as described by Joseph Campbell in his book "The Hero with a Thousand Faces" (1949). A cycle that opens and closes at the same point and is made up of approximately 8 steps: 1- The call to adventure. 2- the help. 3- the start of the trip. 4- the tests to be passed. 5- The final challenge. 6- the rebirth. 7- the reward 8- the return to normality.
The journey teaches the hero new and unknown knowledge, and this causes him to return transformed. For example, in the carriage he says: "you must always go straight ahead, and never look back." But Johanna answers him. "No, the world is circular, sometimes to go forward it is necessary to go back."
This cyclical conception of space-time, Johanna learned it from the Kiowa. There is a very interesting encounter of cultures, a positive encounter between the vision of the hero, of the captive (of German origin) and the vision of the aborigines. There Captain Kidd is modifying his rigid thinking, which will be best seen in his final decision to go find Johanna and rescue her from the life of sacrifice that her uncles were imposing on her.
A Kiowa group roam the dusty land like ghosts. Wrapped in a cloud of dust, they look like wandering spirits. This legendary quality of the American Indian is only found in the Twilight Western. They stop being "the bad guys" to become the true owners of the land. They are not seen fighting, they are seen wandering like nomads, because that land belongs to them and is their home, unlike the white man who, despite his constant struggles, never satisfies his longing for possessions and territories.
For their part, German peasants have a life dedicated to work because that is what Lutheranism teaches them. For them the work of the land is their way of survival. They live them as a heavy burden, as a punishment, as a sacrifice that the Christian God imposes on them from the Old Testament and the Gospels. However, they lack the connection to the land in a more loving and spiritual way than can be appreciated in Native Americans.
The case of Captain Kidd is very different, he is a middle ground between chronicler (in the sense of journalist) and humorist. In fact, in the end, he mounts his chronicles on a stage, anticipating XNUMXth century Hollywood and the great newscasts that apply, to this day, elements of show business.
Johanna is the result of all these cultural aspects. In some way, the director anticipates a generation that is more open-minded, and has undergone enriching experiences with different cultures, ways of life, and worldviews.
The film's happy ending refers to a certain optimism for a different future, and also refers to the classic Hollywood happy ending. There is Johanna, happy, marking the steps with a cane, which repeatedly hits the floor. However, there are some details that are not entirely clear:

-1 A close-up of a periodical newspaper shows an engraving in which a northern soldier is scalping a group of Indians. The official story does not tell that many northern soldiers were mercenaries and needed to bring proof to their superiors, such as the scalps of captive and dead Aboriginal people, to collect their promised rewards. Thus denying the classic western, in which the Indians were violent warriors, in charge of removing the scalps of the captured colonists. The theme of the aborigines taking the scalp of the whites is very clear in "More heart than hatred." Let us remember the long collection of hair that the cacique proudly displays.
-2 Another detail that almost goes unnoticed are the coins that Captain Kidd uses as bullets: the defeated southern soldiers were prohibited from carrying weapons and ammunition. The captain's shotgun had no ammunition and therefore required Confederate coins to use as bullets. Confederate coins were no longer valuable towards the end of the Civil War, they lost their value as a medium of exchange and, therefore, only the metal with which they had been made still held any kind of utility.
-3 Captain Kidd returns to his village and finds out that his wife has died, takes his horse and runs to find Johanna. He unties her and takes her by the waist like a man to a woman. She agrees to go with him. That point is very important. The captain gives his last name to Johanna as a wife, not as an adopted daughter. For the adults of the time that was acceptable. Under current laws in the US it would be judged as pedophilia and punishable by law. The film wants to show that a consensual sexual relationship between an adult and a woman under 18 years of age would not have been seen as abuse, rape and not even as pedophilia in the XNUMXth century, as it is seen in the XNUMXst century. The current concept of pedophilia was not law at all times or in all states of the USA. In any case, it is a delicate subject that is worth discussing, especially since it goes almost unnoticed in the film.