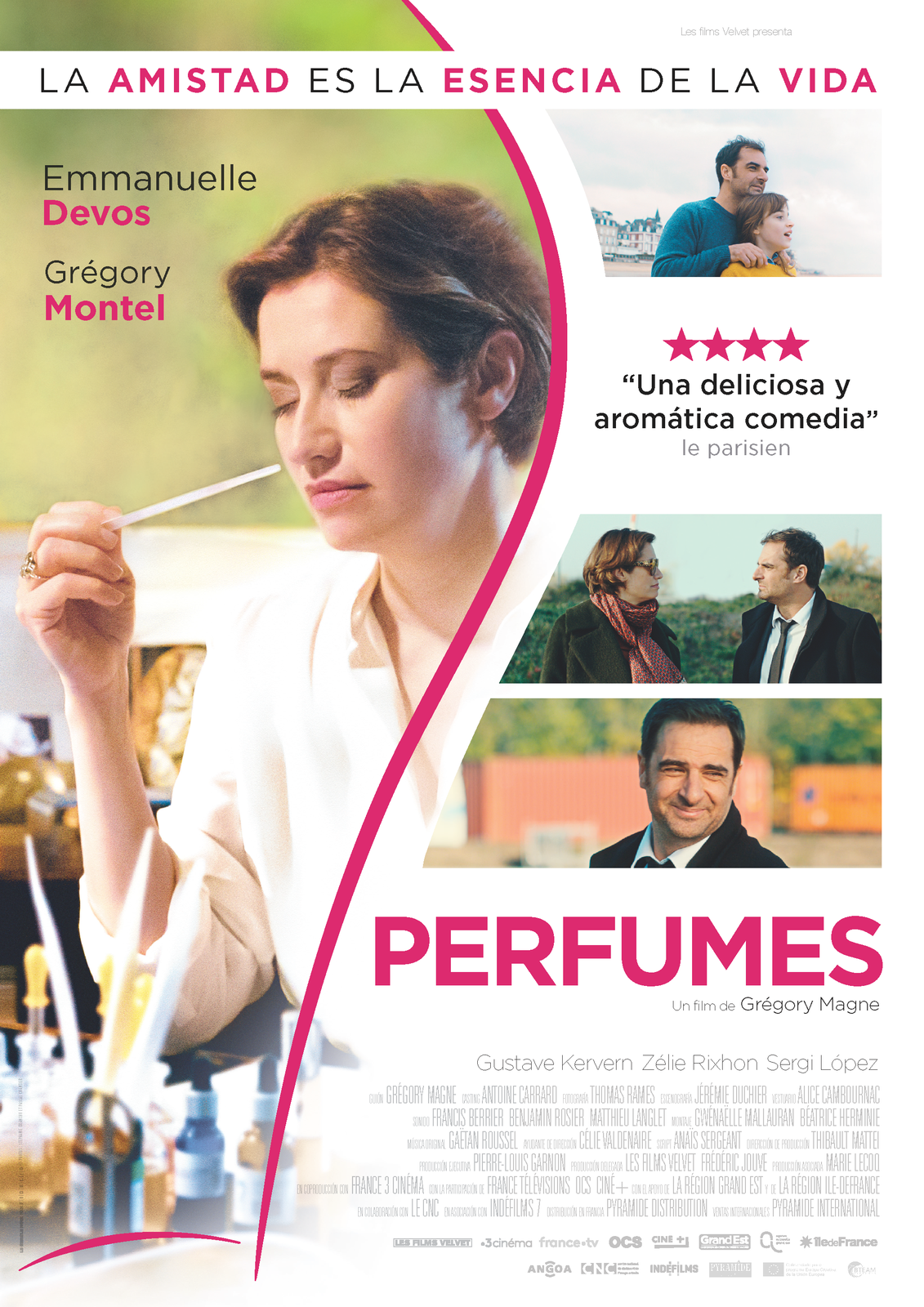 The French director and screenwriter Grégory Magne signs his second film with “Perfumes”. Hardened in television series, “Perfumes” is his second feature film, after “L´air de rien” (2012). Magne has, countless times, touched on the subject of unlikely encounters, seemingly atypical, but ultimately working wonderfully.
"Perfumes" is a sensitive and discreet film that mixes the dramatic part with touches of humor. Played by Emmanuelle Devos, one of the best French actresses of today, in the role of Anne Walberg, a famous celebrity in the world of perfumes, the film narrates the relationship between two people who, a priori, have nothing to do with each other. . Walberg is a very famous “nose” who has created high-level perfumes in the past but, due to a professional mishap, she is forced to sell her talent to companies, in which she is not at all interested. Capricious, self-centered and somewhat sullen in human relationships, she is confronted to share certain moments with a new driver, Guillaume (Grégory Montiel), whose social and personal origins have nothing to do with her. Their relationship is strained due to the diva character of the perfume creator, but that will change as each one understands the other's motivations.
The clash between the two will be inevitable but life will unite them until they form an inseparable tandem. The film is interesting in its initial approach and defends the message that if we all want to, we can understand each other despite our differences. The narration is well done although it is not perfect because the approach process is not fully understood. It would have required a greater and more detailed development in the script. It gives the impression that the director, also a screenwriter in this case, is in a hurry to bring the two characters closer together, but how they got there is not well understood.
Although there is this script flaw, the rest of the film is well shot, well interpreted and has a certain sweetness that makes it attractive both from the point of view of the profession of "nose", from which we learn a lot, and from the human vision of the characters, in which the fears or anguish that we can all have in our lives stand out.
"Perfumes" has the merit of telling a sensitive story, discreetly and without great exaggeration, with a photograph in warm tones. A film that fits well into a certain type of French cinema where looks, feelings and senses take precedence over words.