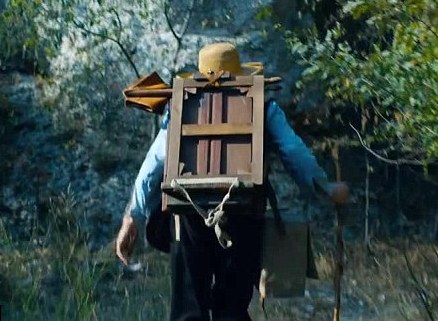 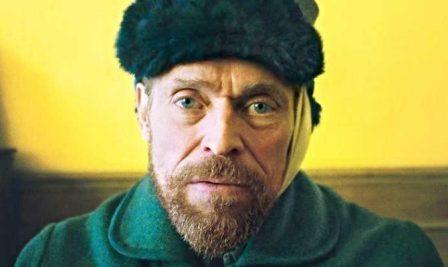 "God would have said: Stop going to those gloomy, dark and cold temples that you yourself built and that you say are my home. My home is in the mountains, in the forests, the rivers, the lakes, the beaches. There It's where I live and express my love for you." Baruch de Spinoza, Netherlands, mid-XNUMXth century


During the year 1888, after suffering ostracism and the rejection of his paintings in art galleries, Vincent Van Gogh decides to follow the advice of his mentor, Paul Gauguin, and move to Arles, in the south of France. There, while fighting against the advances of madness and social pressures, the Dutch painter enters one of the most disturbing and prolific phases of his short but meteoric career.

Julian Schnabel was animated with a character extensively treated in the cinema. The feature film "Sed de Vivir" ("Lust for Life", 1956) by Vincente Minneli is a biopic with quite classic characteristics, meanwhile, in "Vincent y Theo" (1990), Robert Altman tries to show the supposed symbiotic relationship between the two brothers Theo and Vincent Van Gogh, something that would emerge from the correspondence that both maintained during the painter's stay in the south of France, and finally, "With love, Van Gogh" ("Loving Vincent", 2017), An animated film by Dorota Koviela and Hugh Welchman, it pays homage to the aesthetics of her paintings, although it also sheds new light on the circumstances of her death, since it casts doubt on the hypothesis of suicide, replacing it with another that supports the possibility of a death. accidental shot by two boys who were playing with a gun.
By keeping the camera from the protagonist's point of view, Schnabel's intention was to make the viewer understand the painter's feelings and his particular vision of the world. Julian Schnabel is a plastic artist as well as a filmmaker, which is why his approach to the subject is so valuable. When he portrays Van Gogh painting open-air images of nature, he highlights the sounds of wind and grass in the sound record. The camera frequently moves from quasi-expressionist close-ups to wide shots of the vastness of nature.

To achieve the subjective vision of a painter, whose symptoms seem to correspond to those of schizophrenia - or at least that is what can be deduced from the film - Julian Schnabel and cinematographer Benoît Delhomme decided to make intensive use of the subjective camera with all its nuances. In order to remove stability from the image, thus evidencing the character's emotional imbalance, the recurrent use of a handheld camera was decided. Wide-angle lenses made it possible to round and blur the edges of the image to give the impression of unreality, a nightmare dream, or the distorted record of a psychologically unstable mind. In addition, the cinematographer used golden yellow filters to show the world as Vincent saw it and portrayed it in his pictures.
The work of the Dutch painter is pure pathos. In the film he is seen visiting the museums of Paris to appreciate the paintings of Frans Hals and Diego Velásquez (both belonging to the Baroque movement), Eugène Delacroix and Théodore Géricault (both belonging to French Romanticism). The Baroque and Romanticism are periods in the history of art characterized by highlighting color, the contrast of light and shadow, the open form, the dense matter, above the perfect, balanced and closed forms, with a flat and even light. of the more rationalist schools such as Classicism and Neo-classicism. It was along the path of Baroque and Romanticism that the Dutch painter decided to travel.
His rivalry with Gauguin is another issue that Schnabel treats under a very personal lens. The film shows that, although both were self-taught, Gauguin remained in a certain way tied to a more academic base of drawing. One is left with the impression that the rivalry between the two had its origin in the jealousy that the French painter felt for the talent of his Dutch counterpart, although that jealousy was disguised as criticism: the amount of material that Vincent applied to the canvas ("more it looks like a sculpture rather than a painting", he pointed out), the "negligence" in the drawing, his obsessive use of yellow (at the end of the film a superimposed letter appears in which Gauguin explains that he preferred the color red to yellow).
The difference between the two can be seen very well in the scene where they portray the innkeeper Madame Ginoux (Emmanuelle Seigner). Gauguin needs several hours to capture the spirit of the figure, he makes a very detailed preliminary sketch to later translate it into oil, while Vincent needs just a minute to retain the female figure in his memory, before capturing it on canvas, and without a sketch previous.
In my opinion, the two meant a strong influence on modern painting, Paul Gauguin was the main referent of Fauvism, and Vincent Van Gogh, of Expressionism, and the reason for their disputes will always remain in the shadows.
The dialogues, very careful, are not wasted or a word out of place. They express the existential doubts of the artist, his indecision about the value of his own work and about the true function of art: is it about transporting the public towards a look beyond the everyday? Or a way to transcend death? In this sense, it is important to mention the conversation that Vincent has with the Catholic priest (very well played by Mads Mikkelsen) in the hospice for the mentally ill in Saint-Rémy de Provence.
Vincent was the son of a Protestant pastor, from whom he learned to discuss the exegesis of the Holy Scriptures, dogmatically established by the Catholic Church. In the film, Vincent tells the priest that God has given him a unique gift, that of pictorial expression, but the added suffering that this implies, the priest does not understand. He doesn't understand or like his work either (actually, he despises it), he doesn't understand his doubts and questions. The film constantly highlights the loneliness of a misunderstood artist, soon branded crazy and confined to a psychiatric institution.
In the film, medical science, institutionalized religion and military power are seen as judges and executioners that repress the creativity that human beings have by nature. Although Vincent was raised in a Protestant family, his view of God more closely resembles that of Baruch Spinoza. Van Gogh, like Spinoza, found God, the idea of ​​transcendence and eternity in sunflower fields and starry nights. God is that yellow light with which his paintings are impregnated.
Schnabel responds from his own perspective to the statements of other films that deal with the same topic. He agrees with "Loving Vincent" that his death was not suicide, but the accidental shooting of two town boys who were fiddling with a gun. He disagrees with Altman and the idea he presented in "Vincent and Theo" about a symbiotic bond between the brothers. Schnabel describes Theo as rather cool and primarily interested in his gallery sales.
And a revealing fact that did not appear in any of the previous films: a sketchbook was discovered in Arles that Vincent designed using a cut bamboo cane and vegetable ink, probably to reduce the cost of materials. That notebook was found 126 years after the death of its author.