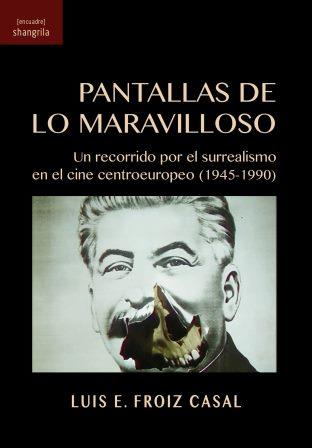 Little could André Breton imagine the importance that his movement would reach in all the arts when he wrote his Manifesto of Surrealism in 1924 and called artists to a personal and social revolution. It would also be difficult for him to suppose the political changes that were to come in the old continent during the following decades: After the horror of World War II, the countries of Eastern Europe made their revolution and aligned themselves with the thesis of communism. Central Europe became a border between both systems. A border that belonged almost exclusively to the communist side, with nationalized industries, iron censorship systems and economies controlled by popular democracies, but in which up to that moment there had been connections and cultural exchanges with Western Europe. States in which the Breton movement had penetrated the interwar artistic circles and in which the new reality would impose the theses of socialist realism as the only valid ones for artistic creation and especially in the cinema, which Lenin had already defined as the most important of all the arts. All of this would create a unique breeding ground so that in the 45 years that elapsed between the Iron Curtain falling on this border until it withdrew, we could witness the rise and fall of directors who decided to move away from the principles that were imposed on them. from censorship and pick up surrealism as a base from which to subvert and create compromised, complex and magic-filled films. Films that, due to the censorship of their countries, due to the economic and ideological censorship imposed on the other side of the curtain by capital, and due to the difficulties of interpreting their proposals have often been relegated in the official historiographies of the seventh art. In this volume we try to remedy that forgetfulness and recover an almost unknown cinema, full of imagination, which tells us about a fascinating part of the political history of Europe. Because this is not just a movie book, as no movie history is. Luis E. Froiz Casal (Santiago de Compostela, 1985). Graduated in Audiovisual Communication and Doctor in Contemporary Communication and Information from the University of Santiago de Compostela, his link with audiovisuals began in 2004. Since then he has published in magazines, websites and fanzines such as Photocinema, opened, 2000 Maniacs, The Mocking Bird o Cannibal Slaughter, as well as in the collective book Space Fiction: Visions of the Cosmicin science fiction (2020). Between 2017 and 2019, he directed the cultural web Cool A subculture in Galician. He has also been part of the jury of the FKM (2019) or GFFF (2020) festivals and has taught video editing classes at Escola Unitaria. At an artistic level, the direction of short films such as A man is lying on the ground (2011) Lemniscate (2015) o Golgotha ​​Compostela (2020), in addition to the documentary feature film Escuros, Roncos e Compasados (2012). After preparing a study on the new wave of Czechoslovak cinema in 2012 for his Master in Communication and Creative Industries, his research vocation and his passion for Central European cultures led him to settle in Prague between 2015 and 2016 to soak up the local reality . From this, mixed with his personal interest in surrealism, the present study arises.

Chamaco: Intransigence and other sexualities in the Cuba of the new millennium

Chamaco: Intransigence and other sexualities in the Cuba of the new millennium “If you are different,...